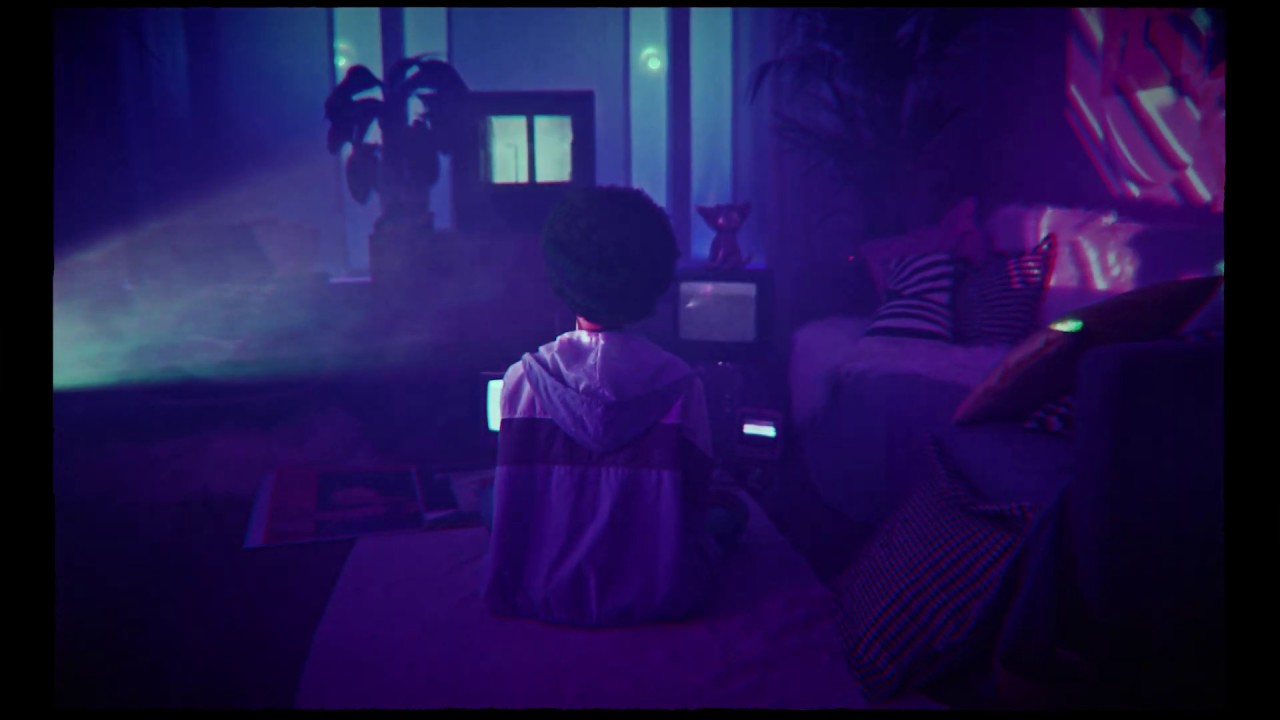 It was a children's fantasy that just burst when Melissa Verhoeven ('meslahi') first saw the Evoluon inside. As a child, she had turned it into a UFO full of extraterrestrial life, and secretly that image had persisted all this time. Until two years ago she stepped inside the Evoluon and it turned out that there was little cosmic about the whole event location. Bang!

This Share the Vibe is the revenge of a children's fantasy.

Dreamy, spacy and a bit extraterrestrial

Consider this Share the Vibe therefore as the revenge of a children's fantasy. Dreamy, spacey and a bit extraterrestrial, it's a side that also belongs to Eindhoven. And if you’re lucky you’ll get a feel of it in the night, when the city is illuminated by purple and green colors. Think of places like the Evoluon, Strijp-S and the area around Eindhoven Airport. Places full of neon lights, and a vibe that anything is possible.

They've been close friends since they were eleven years old, but after high school, video maker Melissa Verhoeven and producer Pierette Goossens completely lose sight of each other. Melissa becomes a photography student, Pierette signs up for theatre school. Years later they bump into each other again and continue where they left off. The two now work together regularly on video productions.

Hangmat | The Sound of Eindhoven

Hangmat | The Sound of Eindhoven

It was literally the first song he ever wrote. And it was a direct hit as well. During The Sound of Eindhoven, the public chose 'Lichtjesroute' as the anthem of the city. Paul Lichtveld, alias Hangmat, is new to music, but here to stay.

Jasmijn | The Sound of Eindhoven

A pandemic takes its toll. Especially if music and the whole scene around it is your life. The Sound of Eindhoven therefore came at just the right time for Jasmijn. Finally some perspective.

They are the bouillon cubes of this city, says Remco van de Craats. The Share the Vibe videos that capture the energy of Eindhoven. Remco is creative director of Edhv, the agency behind the videos.

Skulls, skateboards and La Folie. Fans will immediately recognize the style of rkstbl in this already iconic Share the Vibe.

Newsletter subscription - Sign up and get inspired by the latest stories by peers and practical tips about working & studying in Eindhoven every month.