This is Van Moll 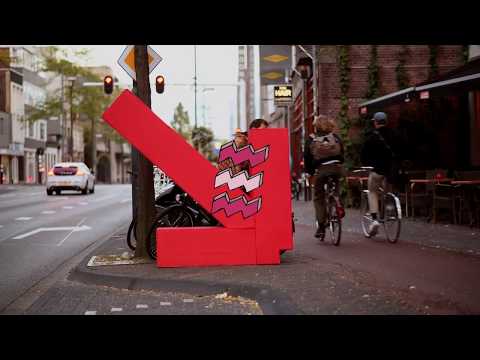 "Time flies." Jaap Hermans, one of the owners of Van Moll Craft Beer, laughs. "Five years ago we were on the verge of opening our own brewery and café and now we are getting ready for our anniversary." October 2018 marks the five-year anniversary of brewpub Van Moll.

The five years since the opening of Eindhoven's first brewpub have flown by. Meanwhile, Jaap and his business partner / head brewer Erwin van Moll have brewed many beers, organized lots of tap-takeovers, added many sales points and founded their own festival. Erwin: "We knew shortly after the opening that we were on the right path with our business because the beer sold like crazy. You make an estimate of how much beer you need, but the demand exceeded our expectations.” Jaap: "Eindhoven was ready for craft beer, that much was clear.”

Erwin was already an avid homebrewer long before the specialty beer culture in the Netherlands began to grow. Jaap got excited about Erwin’s stories and also began to develop a taste for it: "Erwin made me taste my first IPA. It intrigued me immensely!” Erwin: “Going from brewing from home to having your own brewery is a big step. That's why I thought it would be nice to start a brewpub.” In addition to Van Moll's own beers, the beer menu offers beers from all over the world. Jaap: "We decided not to serve any traditional brands. We would like our guests to discover new flavors here. For those who would like to drink something else other than beer, we also have good wine, spirits, cider and an extensive range of sodas.”

In addition to the beers on casks, Van Moll also produces six bottled beers, available at various (online) sales points throughout the country. "We have made a selection with a variety of beer types such as a blonde ale, an IPA, and a stout." Jaap: "In addition, we always offer a number of specials. We have collaborated with other brewers, but also with events like Dynamo Metal Fest, which resulted in the beer Langharig Tuig, now one of the bottled beers in our core range. We also have collaborations with the So What's Next jazz festival and restaurant De Treeswijkhoeve.”

Van Moll is a spacious place and still has a homely vibe. The cosy sofas and seats and the huge stack of board games contribute to the atmosphere. Jaap: "Whether you are here with a group or with a friend, it doesn’t matter. People like to play a game and peacefully enjoy a beer.” Once a year, Jaap and Erwin organise the Van Moll Fest: a beer festival with a variety of brewers from home and abroad where you can taste and discover to your heart’s content.  Jaap: "At our festival, you will find well-known craft beer brewers, but also the rookies. Armed with a tasting glass and coins to pay, visitors can get to know over 300 beers.”

Are you curious about Van Moll? The big red arrow is on the doorstep, you cannot miss it. Take a photo with the arrow in front of Van Moll, share the photo on social media and by showing your photo, you get a free Kinny's Kitchen pretzel with your first order.

This is Van Piere Bookstore

This is Van Piere Bookstore

It is almost impossible to imagine the city center of Eindhoven without Van Piere Bookstore. This bookstore has been in the city center for almost 175 years. Started on the Markt square and nowadays with two floors of reading material and delicious coffee

This is Vintage Vêtements

The red arrow goes Strijp-S! And the first hotspot to have our eye-catching feature on their doorstep is Vintage Vêtements. Here you will find vintage finds for everyone: clothing, shoes, and accessories. Each item is selected by owner Ilya van den Berg.

Read more about This is Vintage Vêtements
This is Bloemisterij Hartogs

Read more about This is Bloemisterij Hartogs
This is HEMA

After 93 years at the same location in the Rechtestraat, the HEMA department store moved to a beautiful new building on 18 Septemberplein. Three floors of food, living, clothing, and party supplies. Think of it, HEMA has it.

Read more about This is HEMA